We've sold 10,000$ Worth Of Ether And Donated It All To Charities

Back in 2016, we mined 5 Ethers to test the blockchain technology. This year, we've sold the remaining Ether and donated the revenue to charities, because we don't want to speculate on global warming.

How We Learned The Blockchain

In 2016, we kept on reading enthusiastic articles about a new technology called the Blockchain. Marmelab is an innovation workshop, so we decided to explore it, and we ran a 4-week spike with a team of 2 developers on a toy project called "Zero-dollar Homepage".

To run our smart contracts on the Etherum blockchain, we needed some "Ether", the Ethereum cryptocurrency, which we decided to mine. We run an AWS instance with GPU superpower for 3 days until we created a valid block, and received 5 Ethers in reward. These Ethers cost us about 50$ in server bills. We only used a fraction of it to run our tests. 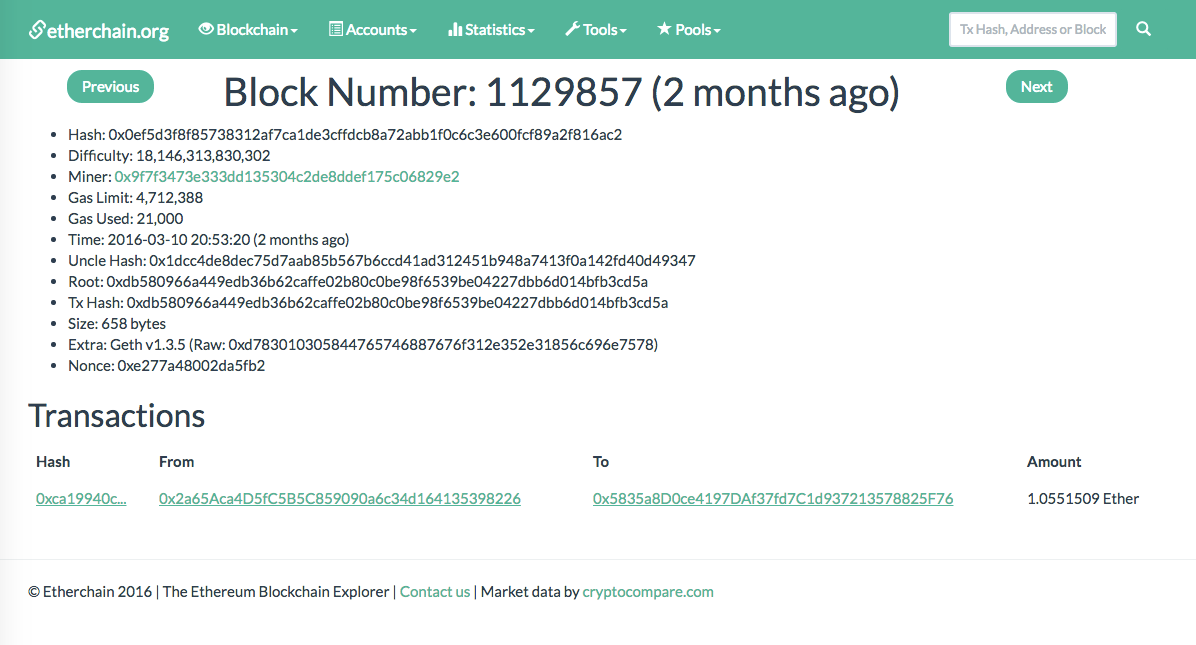 You can find the detailed story of our blockchain experimentation in a series of articles published in this blog.

Following this publication, we've been considered as blockchain experts for about 2 years. During this period, we received, on average, one new request per week for collaboration on blockchain projects. We considered them all, but they all had a fatal flaw: they were designed for private blockchains, which means they didn't need a blockchain at all. We've declined to work on all of them.

We Didn't Get Rich

Choosing not to work on blockchain projects means we missed a lot of opportunities. We've worked on other innovations instead - from WebAuthn to Meta Frameworks. We did earn a decent living and we had a lot of fun.

Fast-forward to early 2021, and the price of Ether has risen to more than 2,000- about x200 in 5 years. Our capital in crypto-currencies is now worth more than 10,000. We didn't speculate or anything - we just kept our remaining Ether in a crypto wallet on a USB key. But time made it the most expensive USB key ever.

We've cashed in the 4,41996000ETH on April 27th, 2021, via a Coinbase transaction, and received €9,323 (about 10,500$) in return. Transaction fees and currency exchanges were expensive, and the act of actually getting the money out of Coinbase was long and frightening (my driver's license is waiting in a data center somewhere for a hacker to steal and sell it), but we finally did it.

What are we going to do with that money? Send every collaborator to Disneyland? Buy a case of super expensive French wine? Upgrade our PCs to the latest Apple M1 CPUs?

Last week, we donated the entire sum to 2 French charities: Doctors Without Borders and Les Restos du Coeur, each one getting exactly 4,662€. The marmelab employees voted for which association they wanted to help, and these two got the most votes.

We did that because the planet has to pay a super high price in return for the increase in the value of cryptocurrencies. Ethereum, Bitcoin, and most other blockchains require a lot of materials to build specialized hardware, and a lot of energy to run the software. Overall, as cryptocurrencies rise in value, more carbon dioxide is released into the atmosphere.

Oh, and don't get me started on proof-of-stake. Nothing is cheaper than proof-of-work.

We don't want to caution an industry that sacrifices the future of mankind for immediate selfish profit. This innovation is a catastrophe and should be forbidden. In fact, we don't want to work on anything remotely related to cryptocurrencies anymore.

We Donate Every Year

Helping charities isn't something we do just when we cash out crypto-currencies. It's something we do every year: we donate 2% of our Net Income to charities. It's one of the ways we found to make the world a better place through digital innovation. Check out our values to get the details.

If you share these values, come work with us! We're hiring experienced full-stack engineers everywhere in France.